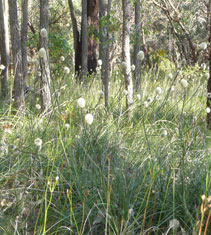 Meaning of name: Dasypogon is from the Greek words dasys, meaning thick with hair or rough, and pogon, meaning beard. Bromeliifolius is from the genus Bromelia and the Latin word folium, meaning leaf.

Distribution: Occurs from Perth to near Hopetoun.

Description: A tufted plant to 30 centimetres tall. The flowers are prickly balls held above the plant. They are produced from September to January. 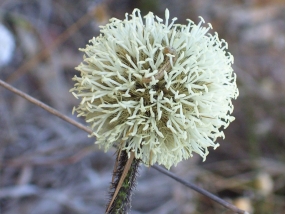 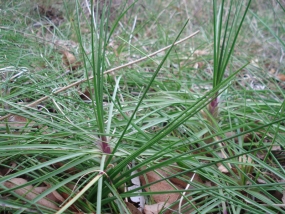