Meaning of name: Watsonia honours Sir William Watson (1715 – 1787), an English student of electricity, apothecary, physician and botanist. The meaning of meriana is not known.

Distribution: A garden escapee, this plant now occurs from Perth to Albany.

Remarks: A bulb that grows to 1.5 metres tall. The orange, white, pink or red flowers are produced during October and November. Native to South Africa. 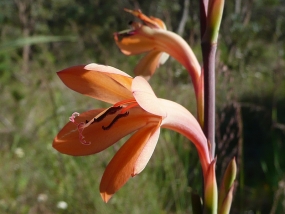 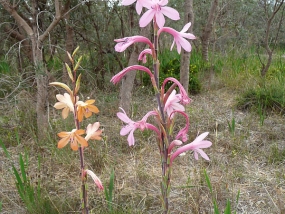 The flower colour is variable. 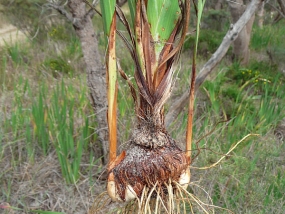 This is the underground bulb of the plant. This mature bulb is budding off two smaller bulbs, one either side. This method of reproduction can continue until the mass of bulbs is at least 1m in diameter. 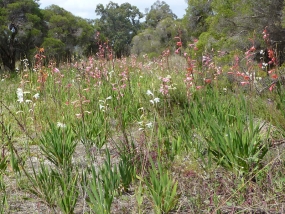 Watsonia can form a monoculture and exclude other plants.