Distribution: It has been reported from coastal areas of Australia but is found worldwide.

Description: This snail grows to approximately 25 millimetres in diameter. It has a creamy-white background with dark spiral markings. The darker markings form continuous spirals. Theba pisana is identified by its umbilicus – the hole in the centre of the spiral is partially covered.

Notes: This snail is native to the Mediterranean area. It arrived in Australia in the early 20th century and has become an agricultural pest. This species aestivates after climbing to the top of vegetation (or fences). This habit is problematic for farmers engaged in crop harvesting, because numerous snails are collected along with the crop. 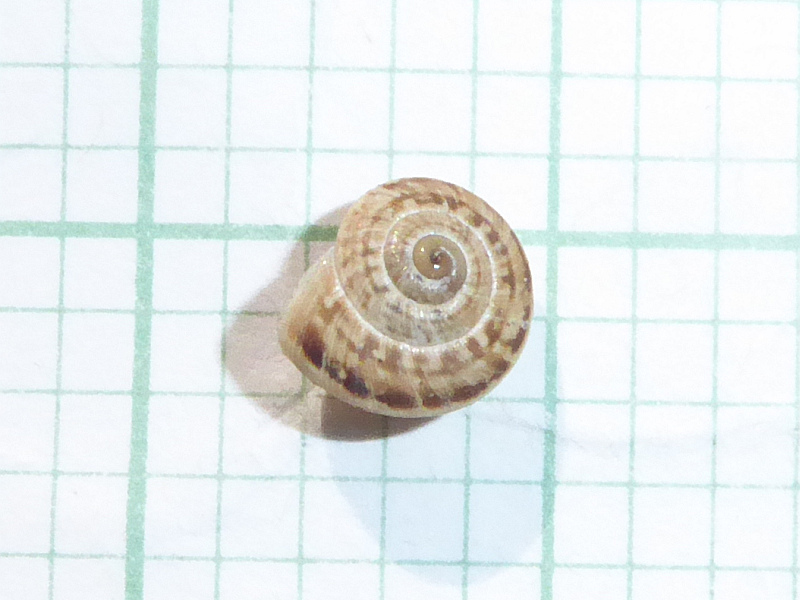