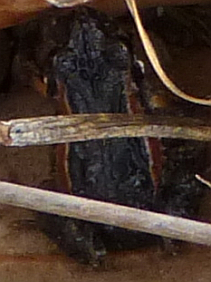 Meaning of name: The meaning of the name Crinia is not certain. Glauerti honours Ludwig Glauert, a past director of the WA Museum who described several species of Australian frogs and reptiles.

Distribution: From Moore River south and east to Pallinup River.

Description: The back of the frog may be smooth or rough with variable markings of lines and patches of brown, grey, black and white. Males are up to 22 millimetres long, females to 24 millimetres.

Notes: The call is an irregular rattling that trails off, like a pea in a can or a ball bearing bouncing on metal. Males call at any time after rain except in summer. Eggs are laid in water and the tadpoles take more than 3 months to develop into frogs.

Hear the call at the WA Museum http://museum.wa.gov.au/explore/frogwatch/frogs/rattling-or-clicking-froglet 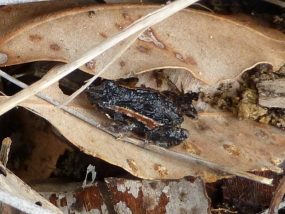 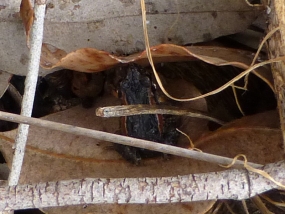